My Favorite Photos of 2019 and Why

Every year around this time I take some time to reflect on the previous 12 months of work.  It’s incredibly valuable for me to see the areas that I have excelled in, and the areas I would like to improve.  As I was gathering up photos for my yearly “Best of” post, it made me contemplate why certain images were some of my favorites of the year.  Sometimes it was because the moment was purely genuine, while other times it’s because I knew the work that went into it, and we pulled it off.  I decided to highlight a few of them, and explain my thought process behind them, in hopes it may help others to see the work that goes into producing photographs that will last. 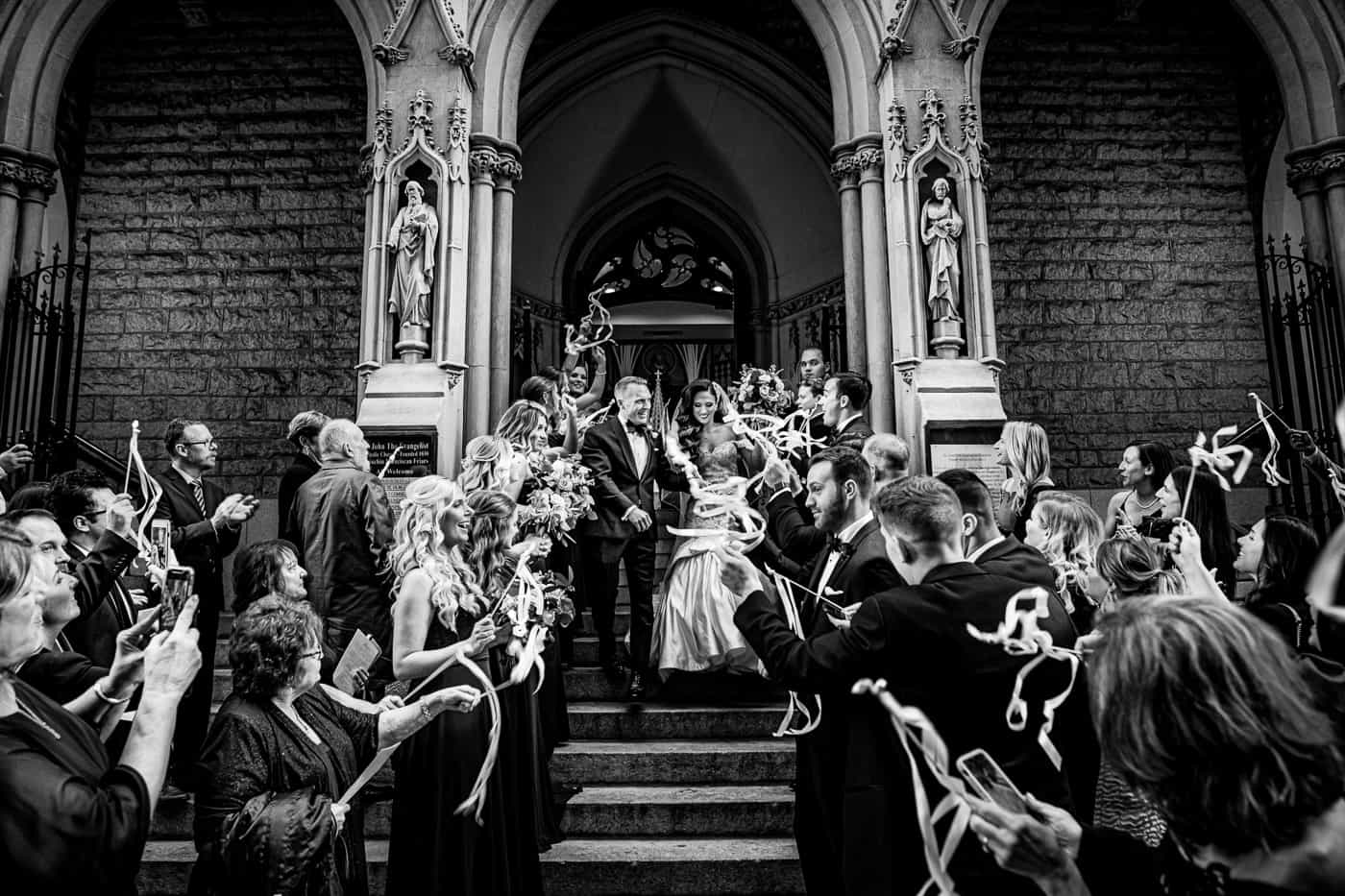 This photo of Krista and Drew walking out of church to a sea of their closest family and friends is one of my favorite moments I’ve ever captured.  There’s something about the way the light hits their faces, the expressions and reactions, and overall feel to this that just feels completely timeless.  I’ve always been drawn to black & white’s that stand the test of time, and to me, this is one of them. 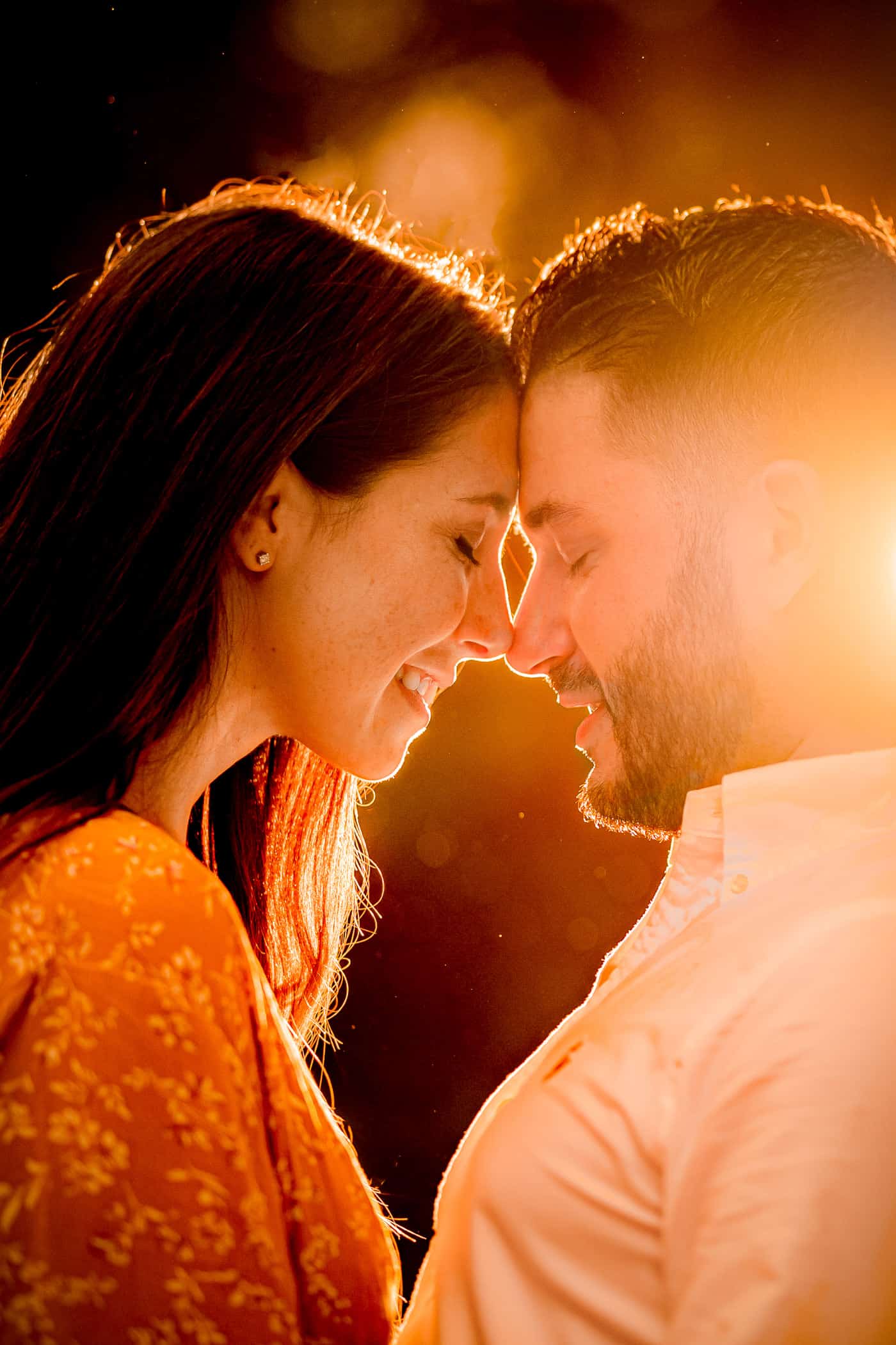 On the surface, this photo may not look like anything other than a beautiful moment between Danielle and Dan, but this is one of those times that made me really, really work for it.  It wasn’t supposed to rain.  The weather said 0% chance of rain and overcast skies.  The weather was wrong.  When I met Danielle and Dan a few minutes before their engagement session, it started torrential downpours.  We were all flabbergasted.  We considered rescheduling for a different day, since they wanted outdoor photos, and well, it was raining buckets.  They decided to make the best of it, and we shot 90% of the session under a 30 square foot awning of an old bank.  After taking what seemed to be every possible variation I could think of in this space, I decided to try something different, that I’ve done in the past and has worked out well in most cases.  I wanted to make it look like not only was it not raining- but that there was a breathtaking sunset behind them.  This is the final result of that work.  It felt good to know that I was able to hopefully make the best of a rather yucky weather situation. 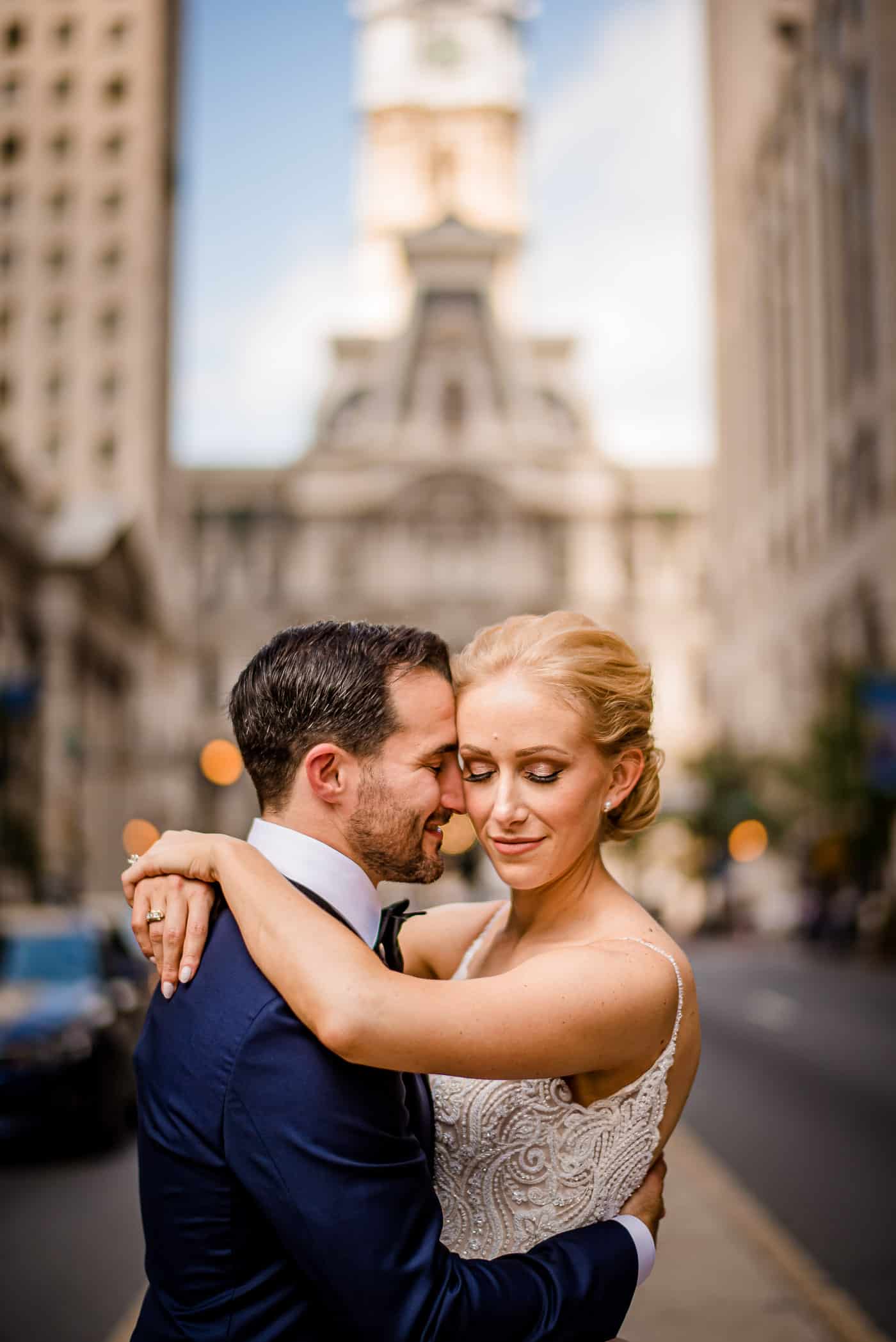 Broad Street, Philadelphia.  Out of any location in Philadelphia, this is probably the most photographed spot when it comes to weddings.  Photographers will line up across the street with their couples and wait for their turn to take images on a narrow median, while cars fly by honking their horns congratulating the couple.  After I captured a few of the more traditional images of Ashley and Ross, we started heading back to their party bus when I thought of one quick photo I wanted to do.  I wanted something a little closer, a little more intimate, and what we ended up with is an all-time favorite.  It’s not the most technically impressive photo I’ve ever taken, but to me, it seems timeless.  Their subtle expressions and the extraordinary bokeh from the Nikon 58mm 1.4 created something that stopped me in my tracks as I looked at the back of my camera. 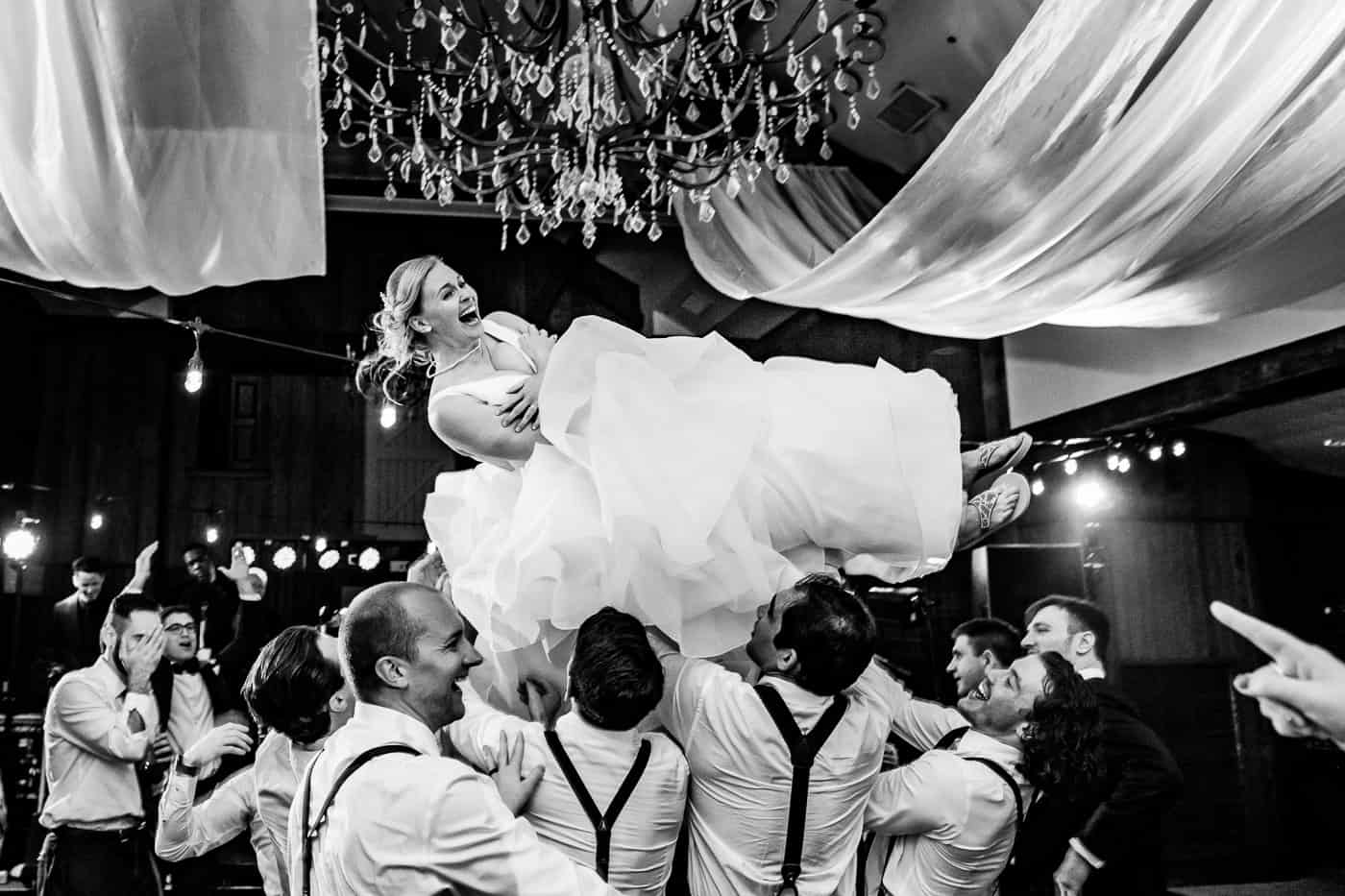 I had just said my goodbyes to Sarah and Steven.  We hugged, we laughed, and then I went to pack up my camera bag and head to my car.  As I was zipping up my bag and about to walk out there door, I heard lots of commotion behind me.  One of those times where you just know something is happening and you have to turn around.  I quickly turned my head and saw Sarah flying up in the air as the remaining guests were all cheering, gasping, and laughing.  I don’t think I’ve ever unzipped my camera bag and darted across a room quicker than I did right then.  Sarah’s expression wins, as does Steven’s in the background with both of his hands up, as if his favorite team just won a title.  The guy next to him on the far left, covering his eyes, is just as good. 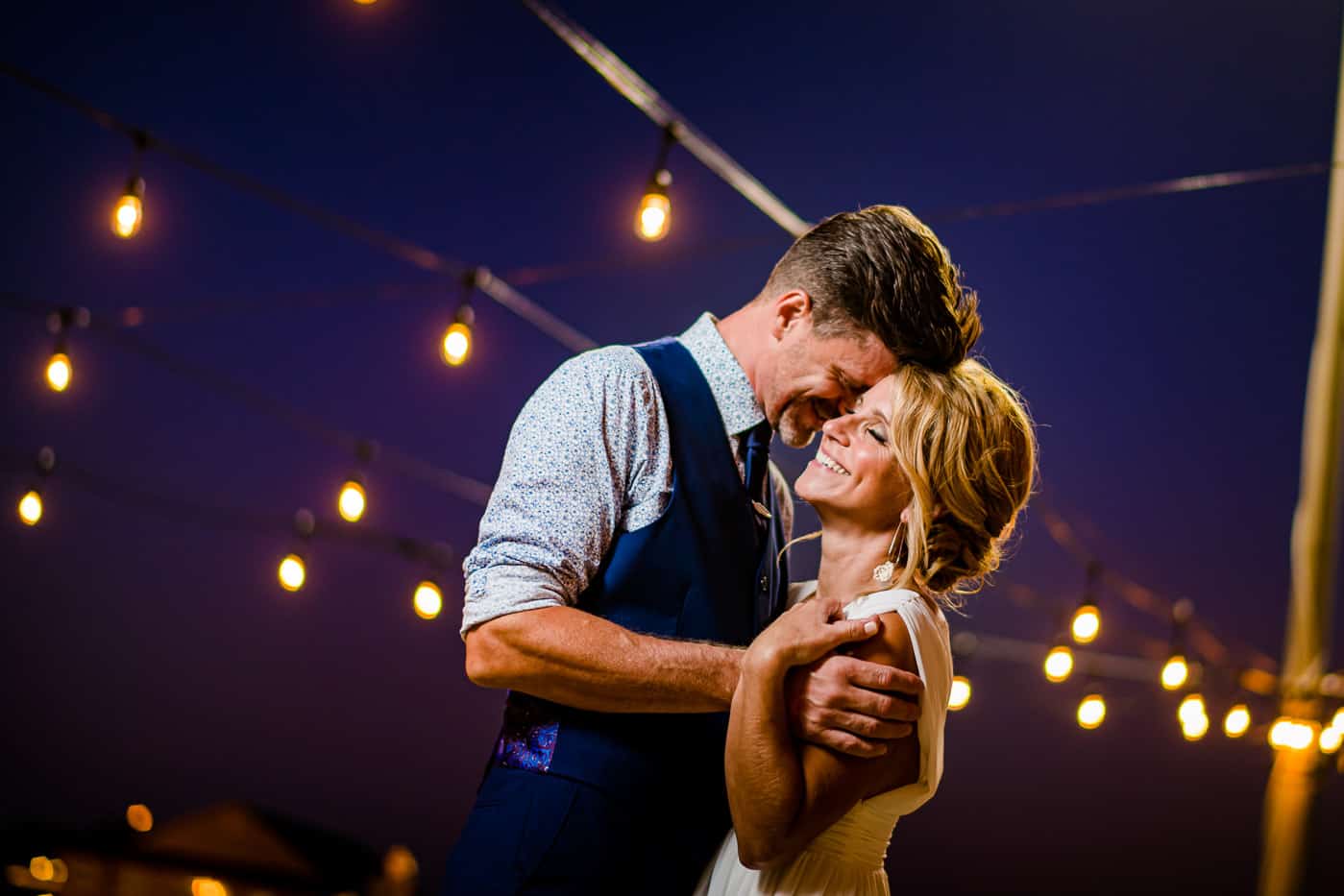 I’ve known Kelly for over 6 years now.  She second shot my own wedding back in 2013, and we instantly became friends, and she started working for me frequently over the years.  There’s a good chance that you know her if I’ve photographed your wedding.  I met Craig sometime in 2016(?) and had him work for me as well.  They are both incredible photographers and people.  One particular weekend in October of 2018, I worked with Kelly on a Friday, and worked with Craig the very next day.  I had a lightbulb moment where I thought these two have so much in common- there path’s in life and everything they had both been through was so similar.  I started talking up each of them to the other, and to make a long story short- suggested they should get a cup of coffee or something.  A few days later, I found out that they connected and fast forward less than a year later, I was photographing their SURPRISE wedding.  Yes, as in relatively no one knew about this wedding until 15 minutes before it actually happened.  I was honored to be a part of it.  This photo isn’t anything incredible, but their complete joy brings a smile to my face every time I see it.  It reminds me of what’s important in life.  While I love this photo, I love it because of the love I have for these two people the most. 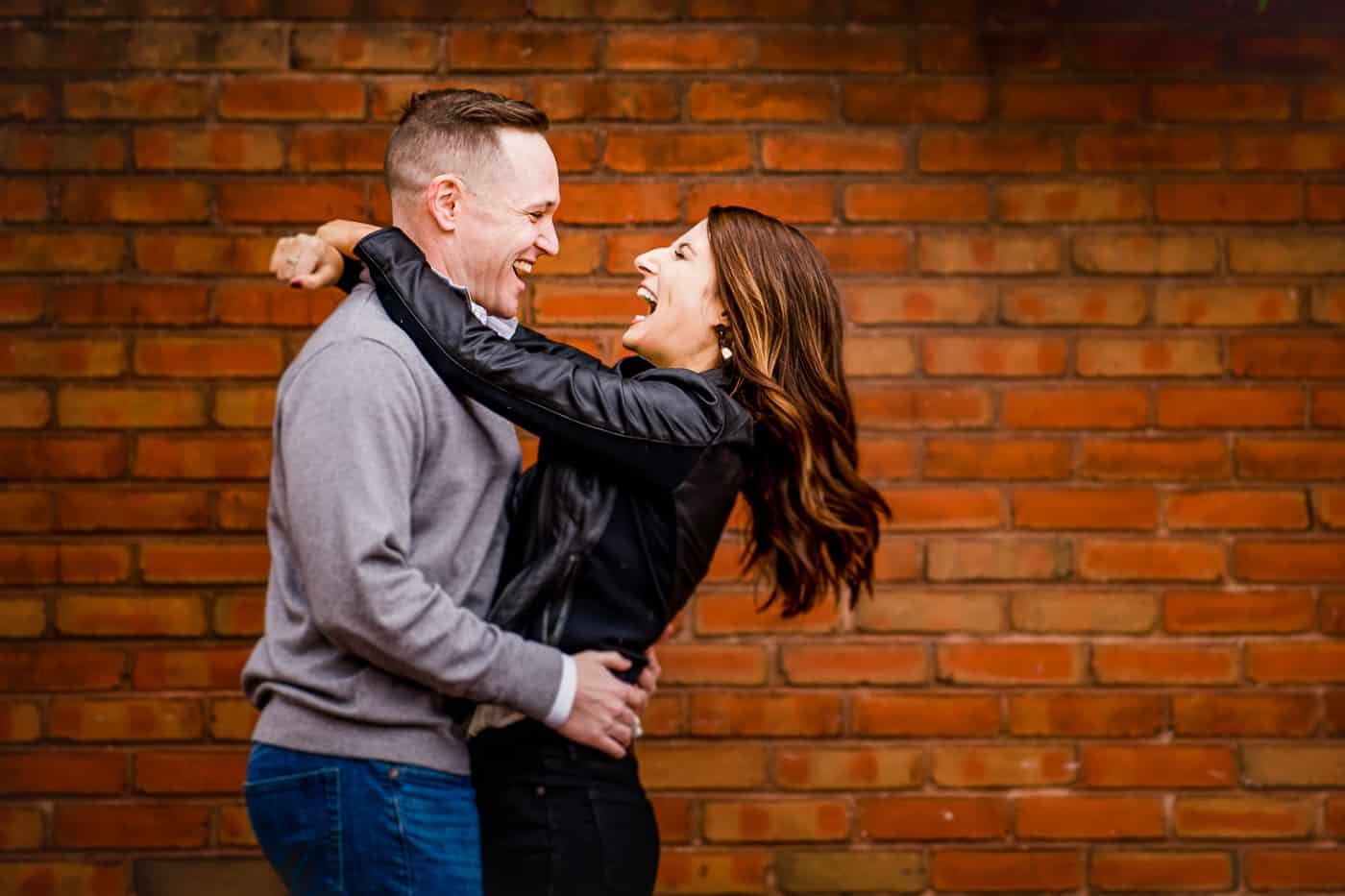 This is Rachel and Joe.  Pure and simple.  One of the most frequently asked questions I get is “Why do you love photographing weddings (and engagements)?”  This.  This right here is why.  Look at how happy they are.  From a technical standpoint, this image isn’t very good.  I was shooting at 1.4 to smooth out the brick behind them, but shooting at such a risky aperture leaves very, very, very little wiggle room for focus, especially if you subject has any movement whatsoever.  To be honest, it doesn’t even matter.  No one is going to look at this moment and think “Gee, the focus is actually on Rachel’s forearm.”  They just see their happiness.   Sometimes you can fail, and it doesn’t matter.  A great expression beats a technical masterpiece every time.